Bewitched. Modern Family. Full House. Happy Days. What do these four shows have in common? Aside from being funny, entertaining sitcoms, they’re all set inside a home. When you’re watching the show, you probably don’t realize all the details in the background that make the house a home, but each set is filled with furniture, pictures, and other knick-knacks that are meant to resemble a real home. So how do production designers get everything perfectly into place? With a lot of shifting and a lot of heavy carrying: otherwise known as the art of film studio moving. 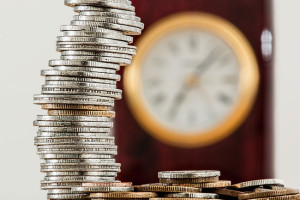 So, how do you find the right moving company for your big studio move? Here are a few things for you to consider:

While TV productions usually have the benefit of being able to constantly re-use the same sets, film productions don’t get luxury. Every minute that’s not being used productively is money being wasted. Therefore, in order to save money, most productions try to get in and out of a location as quickly as possible. This requires strong and very skilled movers who are familiar with working on a time limit. With so many things happening at one time, the last thing you want is to get your production all set up only to discover that you can’t move the furniture.

The result is that your film or show will have a very low production quality and will look amateur-ish. Trust us, viewers can definitely tell when the production quality of a film or TV show is poor. If you’re planning on creating a scene involving a home or office, go the extra step and hire professional movie production movers to ensure that you are able to quickly get as much furniture onto your set as you need.

When you’re moving between homes, you obviously want all of your belongings to be carefully handled to prevent any damage. It can be heartbreaking to see something you love be destroyed or even just nicked.

Now, picture this scenario: you’re the director of a production that’s ¾ the way through. You’ve invested a significant amount of time, money, and effort into it. To save some money, you’re using your crew to transfer all your furniture instead of a film studio moving crew. As a result, an inexperienced PA tried to move a little too quickly or carry something a little too heavy for them, leading to a piece of important furniture that was integral to the set, being damaged or broken.

This creates chaos – not just for the physical production of the material, but for your vision of it as well. While one of the most important qualities of a great filmmaker is being awesome at improvising, this isn’t the type of improvising you want to be doing. That mistake could be avoided with a more experienced team. 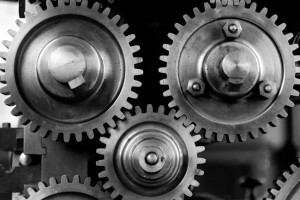 There are a TON of different processes and actions that go into a movie production, especially one that has a big budget. While many hands make for lighter work, it also means that there are more things that can go wrong. As you’ve (hopefully) learned by now, one of the “pieces” that you need to consider on your set is the moving team. You need movie production movers that keep their heads down and do their job as discreetly as possible, so as to not interfere with any other parts in the machine, especially the fragile ones *ahem*, actors.

Everybody knows that Hollywood is the movie capital of the world. Everybody also knows that driving and parking in LA can be an absolute nightmare, especially if you’re new to the city or don’t know it very well. The best film studio moving crew is one that knows the city like the back of their hands – especially how to navigate during rush hour. Remember when we talked about saving money? Imagine how much of it you’ll lose when you learn that the moving truck took a wrong turn and now has to drive back up the 405 to get to you. Yikes.

We, on the other hand, are locals. Our trucks have been navigating through Pasadena with ease since 2004. In fact, the founders of our company are even Pasadena natives. They certainly know the difference between Rodeo and Sunset! 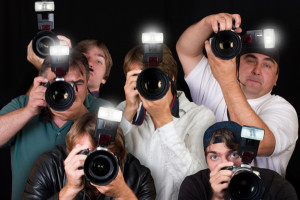 Followed immediately by the most obvious glance ever. If you’ve lived in LA for more than a month and you actually look away from your phone while you’re walking or at a restaurant, you’ve probably seen at least one celebrity. The first time it happened, we’re guessing you either took a Snapchat, posted it on Instagram, or both – AKA the opposite of playing it cool.

A similar thing happens when working on a big movie or TV production. It’s exciting and easy to get caught up in all the “movie magic” that’s happening around you, especially when there are A-list actors also on set. True professional movie production movers like us don’t get caught up in the flashing lights. We’re there to do the job right to the best of our abilities, not to snap pictures or ask for autographs. Although, if your script involves a studly moving crew, we know a few people who would nail the role!

To wrap things up, the best film studio moving company is one that is efficient, careful, easy to work with, familiar with the area, and discreet. We’ve got good news for you: The Pasadena Moving Company is all five of those things and more. Check out our rates page to see just how affordable we are or give us a call at (818) 495-8006 and we’ll be happy to answer any questions you might have. You can also message us through the contact page on our website and we’ll respond ASAP.

If there was an Academy Award for best movie production movers, our shelves would be full of them. Call today and find out why!